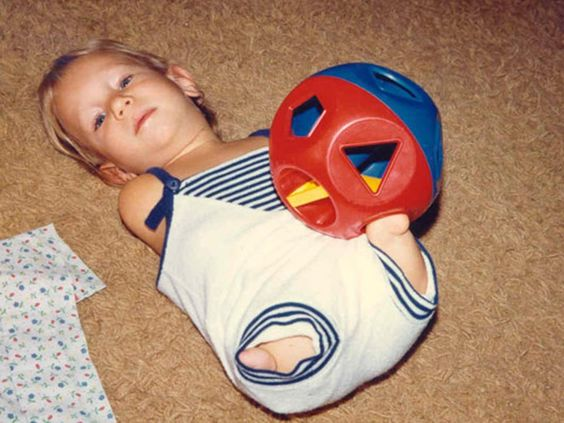 The Incredible Life And Achievements Of Nick Vujicic

“Take him away, I don’t want to see him!’’ Nicholas’s mum yelled after the disappointing surprise she just encountered in the delivery room. It was a devastating experience to have carried her baby, Nick Vujicic, in her womb peacefully for 9 months and then suddenly give birth to a physically challenged baby. That’s weird, isn’t it?

She had loved him from the womb even before laying her eyes on him, unfortunately, she was caught between the surging emotions of worry, concern and fear of what life held for him. 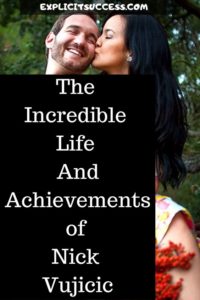 He is one out of the known seven people to live with tetra-amelia syndrome; a rare disorder characterized by the absence of both arms and legs.

Initially, his toes were joined but he went for an operation to separate them so he could use them as fingers to perform other functions such as turn a page and grab a cup.

Fortunately, he now uses his little toes to operate an electric wheelchair, a computer and a mobile phone and other routines unaided.

Even without arms and legs, he still had the determination to get the best out of life. Luckily for him, his parents also raised him in a beautiful way that helped him to push through difficulties.

He didn’t forget the words of his dad – “You are a gift, just differently packaged.”

As a matter of fact, Nick was listed on Wealthy Gorilla as one of the top 10 motivational speakers in the world  🙂 .

This piece sheds some light on his past challenges, education, turning point, love life, hobbies, achievements and ministry.

The truth is, there’s absolutely no disability – physical, mental or emotional – that cannot be overthrown 😉 . Ride with me as we journey through the amazing life of Nick Vujicic.

Nicholas Vujicic was born to Dušanka and Borislav Vujičić in Melbourne, Australia on the 4th of December, 1982. He had phocomelia, no limbs. It wasn’t genetic and it wasn’t as a result of thalidomide. The ultrasound showed nothing negative. There was just no medical explanation for it.

In school, he was the first disabled child to be integrated into the Australian school system. He was bullied from pillar to post. He was laughed at, avoided and excluded from games. His fears soared by each passing day.

He attended Runcorn State High School, Queensland, Australia, where he played the role of the head boy and was also part of the student council that does humanitarian works and fundraising events for charities and disability campaigns locally.

At age 6, Nick tried some prosthetics but they were more of a constraint than aid because they limited his movement. Apparently, he had learnt how to do some things without them. No extra weight!

Unfortunately, he severely battled with depression at age 8. He felt he would always be a burden for the rest of his life and no one will want to marry him. These weird thoughts made his prospects in life as good as a mirage. He just had one desire – arms and legs, that’s all.

At age 10, though his home was a refuge from the external storms, he couldn’t cope with the rejections he faced outside. Then he tried to drown himself in his bathtub but the love he has for his parents discouraged him from following through.

Nick had his Bachelor’s degree in commerce at Griffith University where he specialized in both planning and accountancy. 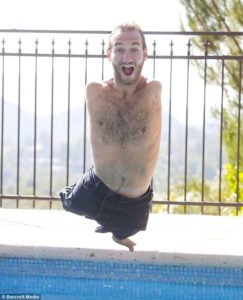 His mum noticed his situation was taking a toll on him and one day, decided to show him a newspaper article that features a man that has a severe disability, much more than Nick’s.

From that moment on, Nick Vujicic became grateful for life. He also said he found peace after he got his relationship with God.

Although he couldn’t make some things happen easily, he believed it’s not what you have, but what you do with it.

Therefore, he frequently told himself he is not afraid to fail and try again. Who would believe Nick can now brush his teeth and wash his hair without prosthetics?

Today, He writes up to 43 words per minute, can throw tennis balls, play the drums, shave his hair, get a glass of water and also answer a phone call.

I’ll let the pictures below say the rest. 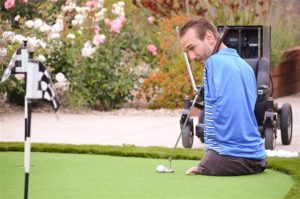 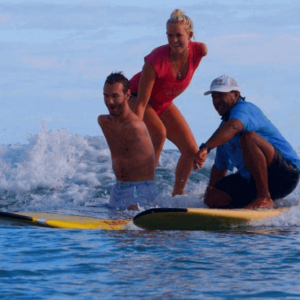 When people asked Kanae why she chose to marry a man without limbs, she said she has had relationships with physically perfect men but they had nothing substantial to give her back. She saw a good heart, love, compassion, generosity, a big heart and a sense of humour in Nick.

Nick met his Japanese-American wife in Texas, U.S and they fell in love instantly at first sight.

Despite a personal crisis Nick faced due to failed businesses and theft, Kanae didn’t give up on him.

He went into a state of fear and depression but Kanae stuck close to him like never before. She decided to get a nursing job in order to support Nick and herself pending the time he will get back on his feet. Their courtship lasted nine months after which they got happily married.

Read this: Simple lifestyle changes that can make you really happy

His proposal to her is quite memorable. “Baby, can I kiss your hands?” Nick recalled, and she stretched her hand. A few seconds later, she realized it felt like he was biting her fingers while trying to insert the ring. She said yes and shed some tears of joy.

Today, they have two handsome boys and beautiful twins girls.

In 1990, Vujicic’s fortitude kept shocking everyone and he was felicitated with the Australian Young Citizen Award.

In 2005, he was nominated for the ‘Young Australian of the Year Award’

Nick Vujicic is the founder of a non-profit organization and ministry – Life Without Limbs – based in Los Angeles, America, which has a vision of giving hope and optimism to the disabled and youths who are just forming a concrete path in life. He believes living in a broken home without love is worse than not having limbs.

Attitude is Altitude is a secular motivational company founded by him.

He and his team usually go to corporate advocates of suicide-prevention and anti-bullying telling people about his faith in Jesus Christ.

He started public speaking at age 17 when he started giving talks at his prayer group and subsequently travelled around the world for five years. Thanks to wonderful families abroad who invited him to reach the world and achieve his dreams.

He starred in a short film called The Butterfly Circus and was awarded as the Best Actor for his performance as Will in 2010.

In addition, he produced a DVD with the title – Biography of a Determined Man of Faith.

In 2011, Nick Vujicic gave a mind-blowing speech in Switzerland during the Annual Meeting session of the World Economic Forum.

Nick has travelled to 58 countries around the world speaking to world leaders, orphans and disadvantaged.

After all these, Nick still went ahead to release a music video titled “something more” in 2011

Vujicic has written over 10 books in several languages (English, Spanish, Portuguese, German, Korean, Vietnamese and Chinese editions). His books are available on Amazon including Life without limits, Limitless, Unstoppable, Hope inspired life, Attitude is everything, Stand strong, Give me a hug, Personal trainer, Tiens Bon (Hold on), Irresistible, The unstoppable power of faith, Love without limits, Be the hands and feet.

Lastly, let me ask you how you feel right now? I can bet you feel encouraged.

The essence of his story is to let you know that no one, absolutely no one should be brushed off. You can get the best out of life as long as you have one factor – Determination. Are you at the juncture of a critical decision that leaves you clueless? Has the world given up on you or called you names?

Just smile and say to yourself – I can be all I choose to be! 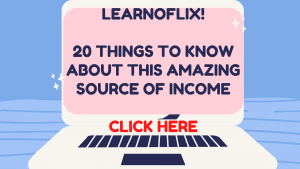 Abimbola Joseph is a creative content developer who derives pleasure in encouraging individuals to be the best they can be in all relevant facets of life. She believes that we all have a better version of ourselves which can be leveraged to impact others and make the world a better place. Connect with me on Instagram @abimbolajoe.

43 Replies to “The incredible life and achievements of Nick Vujicic”